When is GBS tested during pregnancy?

What could GBS mean for my baby?

How does a GBS positive test affect how my labour and birthing is managed?

Once a woman has a positive GBS during her pregnancy, her official GBS status is positive, even if she has another negative test.

With a GBS positive test result:

The woman is most commonly offered IV antibiotics during her labour every 4 hours. Penicillin is the antibiotic most effective against GBS, but alternate antibiotics can be used if the woman is allergic to penicillin.  You can discuss with your healthcare provider your options around active or expectant management of GBS during labour.

The woman may be given a shorter amount of time to labour compared to a GBS negative woman, especially if her water breaks earlier in labour.

Your baby may require additional monitoring after birth to assess for possible early and late onset GBS infection.

Antibiotic use during labour and birth

A main concern during childbirth is infection of the baby and of the mother and often antibiotics are administered in GBS positive women, and in other laboring situations. While there may be valid medical rationale for antibiotic use, we are just beginning to understand the consequences of this practice. One of the benefits of being vaginally born is that the baby is exposed to the vaginal flora of the mother. This flora is the seeding microflora for the baby’s gut and immunity and serves to establish that baby’s microbiome for life – an important realization that current science and medicine is starting to understand. This also explains why there are potential health differences between baby born vaginally and babies born via c-section.

Once a woman tests positive for GBS, it is important for her to follow the medical advice of her healthcare provider. Therefore, the way to avoid antibiotics during labour is to prevent a positive GBS test in the first place.

Naturopathic medicine can play a key role in this area by helping the mother take steps to prevent a positive GBS test. A consult with the naturopathic doctor will include a review of your diet, supplements and personal health history that can help identify potential risk factors. She can make recommendations to help balance and strengthen your immune system, optimize your body’s own microbiome and help you maintain a healthy and worry-free pregnancy which will help increase your chances for a worry-free labour and childbirth. 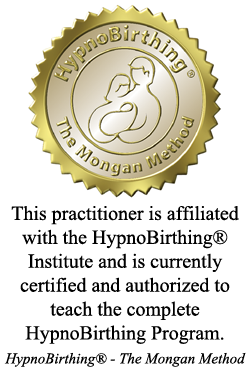